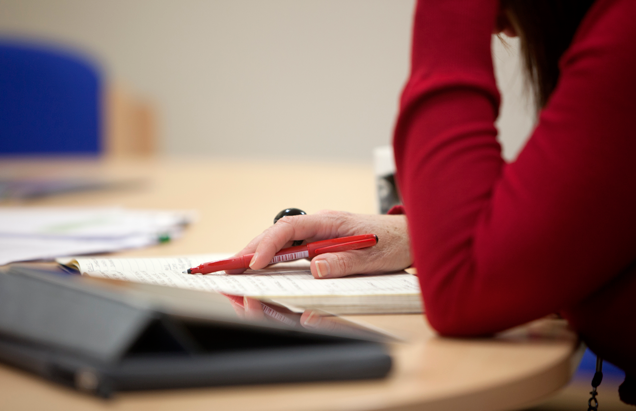 There are over 7000 specialist leaders of education (SLEs), supporting school improvement across England. We look at the work 2 SLEs are doing in mathematics and leadership development.

What were you asked to do?

He inherited a department with inconsistencies in the quality of teaching staff, with no clear schemes of work and little sense of direction. On top of that, the mathematics results had been low (mid 40%) in 2014.

How did you go about it?

Initially I spent 1 day a fortnight with the head of department, showing him what to look for in lessons and work. We considered the development of schemes of learning, how to reduce marking workload, how to improve the quality of teaching in all classrooms and how to have difficult conversations. We also looked at how to share good practice amongst teachers and how to coach and develop staff.

As time went on, I reduced my visits to once a month, starting to spend time with the second in department, who was also new.  On each visit we addressed issues that had arisen as part of the normal course of school life, as well as maintaining an overall focus on our aims of creating a positive, high-quality mathematics department.

What were the challenges?

A surprising initial challenge was the nervousness of the head of department, who struggled to see himself as the leader when he had been 'just another teacher' up to that point.  I needed to help him grow his confidence and encourage him to be the one to make the decisions alone.

To do this, I spent a lot of time doing joint lesson observations with him.  We compared notes and discussed what we saw.  This was extremely helpful as he started to understand what to look out for, not getting distracted by showy activities but looking at what was really going on.  When he gave feedback we started off doing it jointly, then gradually I took a back seat, until he was confident that he was making fair appraisals and being constructive and helpful.

What was impact of your deployment and how did you measure it?

Firstly, the head of department was offered a permanent contract at the end of the year, demonstrating that the senior leadership team had confidence in the capabilities he had developed. An important result of my deployment was he realised that he was in charge and if something needed doing he could sort it.  It seems small, but after that realisation he was very proactive in all sorts of areas.

Secondly, as a result of the hard work of all involved and the strategies implemented through our discussions, the mathematics results rose by over 30% to 77% A*-C in 2015.

What were you asked to do?

I was the regional director of post-16 for School Partnership Trust Academies (SPTA) working across 3 schools in the School Partnership Trust Teaching School Alliance. As an experienced specialist leader of education (SLE), I was asked by the director of education to provide long-term leadership development and support at an academy, with a particular focus on standards and achievement, as associate vice principal. Previously the school had been placed into special measures and the academy was expecting an Ofsted inspection, its first since conversion in September 2013. I was asked to take the lead on a number of areas including data and assessment, pupil premium and intervention. I also led on the line management of mathematics, English and SEN, including the development of the staff in these areas as middle leaders. Initially I was seconded for 3 days per week from November 2014 and this increased to 4 days per week in February 2015.

How did you go about it?

My primary focus was to gain an insight and understanding of the academy so that I could identify the main challenges and ensure that I had a measured approach in offering solutions and implementing systems. I had valuable meetings with key staff, parents and groups of students, observing lessons and reviewing current systems and documentation. It was also important to feel part of the school community, so I did duties at lunchtime and delivered assemblies to all year groups on standards and expectations.

I had already worked across a number of academies and I was able to identify where other colleagues could be used to support the academy and implement systems that had been successfully used in other schools. For example, we changed how we collected and analysed data to improve accuracy of predictions, so that we could quickly identify students in need of intervention. I also set up a database to track pupil progress against the interventions that we put in place, so that we could easily see the impact that they were having.

What were the challenges?

The culture of the school had historically been one of low aspiration and as a result low expectations in some areas. Changing this culture when faced with difficulties in recruiting high-quality teachers in the core subjects is a significant challenge. I had to model the leadership behaviours, whilst also empowering and supporting staff.  Setting a clear list of priorities with measurable success criteria allowed me to make improvements in a systematic way. My focus was very much upon long-term sustained improvement rather than short-term fixes.

I was fortunate to have the support of a very strong principal and a leadership team working incredibly hard to move the school forward. Overall the staff bought into the improvement strategies but as always it was a challenge to get everyone on board.

What was the impact of your deployment and how did you measure it?

The impact of my deployment was acknowledged by the successful Ofsted inspection in July 2015, and by a number of other visits from the Department for Education and a pupil premium review. Ofsted recognised the robust systems that had been put in place for data and assessment, and made positive comments about the leadership of pupil premium and SEN.

The 2015 results showed that areas of the school had moved forward in a number of areas including pupil premium, English and SEN. The most significant improvement was made in English, where the gap between pupil premium-eligible pupils and other pupils closed by 25%. The number of pupils making 3 and 4 levels of progress improved by 4% and 2% respectively.

Having worked across a number of schools for a period of time I really enjoyed being part of the school community again. I still continue to support other academies that are part of the teaching school alliance.